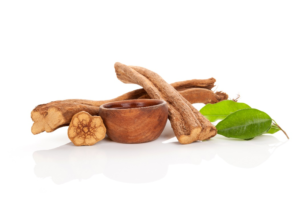 Ayahuasca is a hallucinogenic drug made from tree bark and originating from South America.  Claims are now being made about its use in treating mental health problems and we need to look carefully at whether there is any substance in these claims.

In a long report on their news website on 16th January 2020 the BBC reported: “a growing body of scientific research suggests ayahuasca could be an effective treatment ( for mental health problems)”.   Whilst this statement may technically be correct we should not imply from this that there is a weight of research evidence favouring ayahuasca as a treatment for mental ill health as this is simply not the case.

In fact there is very little evidence of any beneficial medical effect from the use of ayahuasca.  The few studies that have been carried out have involved very small groups of patients, sometimes as few as just half a dozen.  Furthermore, and of vital importance, there is at the moment no authoritative data on the drug’s toxicity or safety.  So the claims of any net benefits are based on very thin evidence.  In addition, the use of the terms “medicine” to describe ayahuasca and “healers” to describe its practitioners by the BBC is unsupported by the medical evidence.

On the other hand there is considerable evidence that the use of recreational drugs of all kinds by people with schizophrenia will help to worsen the psychotic symptoms and increase the risk of dangerous behaviours such as suicide, violence and sexual disinhibition.  This is a grave problem.  People with schizophrenia make up about 1 in 300 of the population of the UK yet are responsible for 1 in 20 of the homicides and 1 in 6 of the suicides.  Over a thousand people with schizophrenia die by their own hand every year in the UK alone and drug abuse is a major risk factor.

It is important that people with schizophrenia understand that using recreational drugs will not make their condition better; it will make it worse in all sorts of ways.  It will worsen symptoms, increase the risk of dangerousness and hospitalisation and retard recovery as well as causing damage to the sufferer’s reputation that they may never be able to repair.

If we are to better help people with schizophrenia it will not be by discussing the use of largely untested street drugs like ayahuasca but by promoting improved access to high quality psychiatric care within the NHS.  The BBC would do better by people suffering with serious mental ill health if it directed its efforts to campaigning to remedy the many failings of our mental health system rather than talking about mythical remedies like ayahuasca.

For more information about ayahuasca and other street drugs see the Talk to Frank website. https://www.talktofrank.com/drug/dimethyltryptamine?a=Ayahuasca#how-do-people-take-it.