Famous people rarely showcase their mental illness to the world. Although it is true that they could use their platform and voice in a beneficial way, the stigma surrounding this topic is still very much alive, even now in the 21st century. One of the lesser discussed cases due to this very reason is that of Henry J. Deutschendorf, who also went by “Hank” to those close to him. 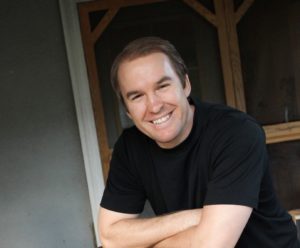 Henry J. Deutschendorf was born on April 29, 1988. He is best known for his role as Baby Oscar in 1988’s Ghostbusters II, a part which he played together with his twin brother William. Together, the twins portrayed the infant son of Dana Barrett, played by Sigourney Weaver. In the film, she is the former girlfriend of Bill Murray’s Peter Venkman.

However, Oscar isn’t Venkman’s biological son. Nevertheless, when the mother and child are in distress, the Ghostbusters save the day as always. Although the film has been appreciated by critics and audiences alike, it was both the beginning and the end of Hank’s stint on the big screen. Like many child stars before him, he only had the one role.

Besides later participating in the Clean Up the Town: Remembering Ghostbusters documentary in 2017, Deutschendorf never pursued acting as a career past that defining role. However, he did state that he would have liked to take acting up once more if the right occasion appeared. Unfortunately, the time never came for Hank.

The former child star is also the nephew of acclaimed folk singer John Denver. In fact, Hank was named after Denver and his father before him. John Denver’s real name was Henry John Deutschendorf Jr. His father, Henry John Deutschendorf Sr, was a retired Air Force pilot (and one of America’s foremost test pilots) who died in March 1982 at the age of 61 at Aurora Presbyterian Hospital due to a massive heart attack.

Denver’s mother died in 2010 in Aurora as well, at the age of 87. Denver himself shared his father’s passion for flying. Unfortunately, his life was taken in 1997, when his experimental aircraft crashed near Monterey Bay, California. He was 53 years old. Sadly, it seems that all three Henry Deutschendorfs were met with untimely deaths.

Even today, the cultural influence of Denver’s songs lives on. In fact, his signature song Take Me Home, Country Roads has been recently featured in 2017’s Alien: Covenant. Funnily enough, this is the second prequel in Ridley Scott’s acclaimed Alien franchise who brought to fame the very same Sigourney Weaver who played Hank’s mother in Ghostbusters II.

Hank and Will’s father was John Denver’s brother, Ron Deutschendorf. Among others, Ron was also the president of the acclaimed singer’s Windstar Foundation. It’s sudden sale in 2012 left him blindsided and hurt, as reported by the New York Times in an article at the time. No information on his reaction to Hank’s passing is available.

But in spite of these facts, Hank has lived his life far from the spotlight. Together with his twin yet again, he became an instructor for the reputable West Coast Martial Arts Academy in San Diego, California. He loved his job very much and worked hard every day to be the best teacher, mentor and role model for his students that he possibly could.

Hank and Will took over the Academy in 2012 when they were both just 24 years old. But in spite of their young age, they managed to shape the center into one of the most successful establishments of its kind in the area. That is where Hank met his significant other and love of his life, Keemia Ranjbaran.

According to Keemia, WCMAA was the place where she learned to push past her reservations and become a better, stronger person. Although there isn’t an official statement on this, the general assumption would be that this is how Hank and she met and fell deeply in love. From the outside, his life seemed perfect. But behind the scenes, a dire battle was being fought.

In August 2008, at the age of 20, Henry J. Deutschendorf was diagnosed with schizoaffective disorder. According to the National Alliance on Mental Illness, (NAMI), this condition is characterized by a combination of schizophrenia symptoms, like delusions and hallucinations, with those pertaining to mood disorders, such as depression or mania.

In a statement given by William T. Deutschendorf following Hank’s untimely death in the hands of mental illness, he described his brother’s condition as manifesting exactly in this manner. Prior to the diagnosis, Hank was an upbeat and motivated individual who was always kind to others and ready to help. But schizo-affective disorder changed his life drastically.

Schizo-affective disorder tends to manifest itself severely, which is why it is recommended that patients be monitored closely. The exact causes behind its onset are still not properly understood. Specialists argue that genetics, improper brain chemistry, stressful events or drug use all could be potential causes. Nevertheless, it is unclear what the situation was in Hank’s case.

Hank was a rather private person. The vast majority of the information pertaining to his disorder has not been shared with the public by his surviving relatives. His known family does not have a history of schizophrenia, nor did Hank seem to be using any street drugs. The situation is a perhaps a bit more nuanced, but we cannot know for sure.

Will’s official statement described his brother’s attempts at handling schizoaffective disorder and alleviating its symptoms. Hank tried medication, which helped curb his delusions but had little effect on the voices gnawing away at his mind. Furthermore, their side effects left him lethargic.
During his lifetime, Hank struggled with the medical community’s inability to provide him with a viable treatment option that would have beneficial effects on his mental health. The brain is the most complex organ of the body and it follows that its disorders are equally complex. Schizo-affective disorder is a relatively new diagnosis and psychiatric expertise in treating it is still, some would say, in its infancy. It is still not fully understood by the medical community and prescribing protocols for medication in this condition are still very much evolving.

Hank ended up sleeping for twelve hours a day, and even lifting a cup of water to drink became exhausting. In Will’s words, Hank’s medication was like being given “a band-aid for a gunshot wound”. But despite these hardships, he never gave up. He tried to alleviate his symptoms more and more every day.

Treating schizophrenia, as well as mental illness in general, is partly a process of trial and error. There are a range of different medications available which work to different extents in different people. Finding the right medicine for the individual patient can take time. In addition it has to be said that medication does not work for everyone. Around 30% of people with schizo-affective disorder will get no benefits at all from medication. It does appear that medication was not the magic bullet for Hank that it is for some people but nevertheless Hank was able to harness inner resources which allowed him to use self-help techniques to fill the gaps left by the medications.

Hank engaged in daily meditation and exercise sessions, he closely controlled his diet and he tried supplements as well. He did everything he could to regain control of his body and mind. In fact, according to his brother, he sometimes even went to unimaginable lengths to treat himself, trying everything from herbs and homeopathic remedies to prayer, voodoo, and spells.

Unfortunately, this was all to no avail ultimately for Hank. But he fought as much as he could. He took very few sick days during this period of his life, and their martial arts school thrived. Soon enough, due to his careful and calculated guidance, their student count passed 100 and doubled.
Hank did all that he could to maintain as healthy of a personal and professional life as he could. He earned his third and fourth-degree black belt in Kempo, he became a homeowner and he even had the perfect partner to share life with alongside him. From the outside, he was thriving. But his bad days got a hold sooner or later.

On June 14th, 2017, Henry J. Deutschendorf lost his nine-year-long battle with schizoaffective disorder. He was 29 years old. His brother William is currently an advocate for mental health awareness and suicide prevention to honor Hank’s memory and battle. For this, he kickstarted the Hank’s Hope for a Cure campaign with the Brain & Behavior Research Foundation.

In fact, William was the one who found Hank’s body. Hank hung himself in the closet of the home he shared with his brother in Escondido, California. Ever since the events of that date, Will is fighting to raise awareness and end the stigma surrounding schizophrenia, as well as mental illnesses in general. Due to his efforts, Hank will live on and his pain won’t be in vain.

Alex Moore is a psychology undergraduate and blogger who advocates for mental health awareness in general and a better understanding of schizophrenia in particular. You’ll typically find him contributing to Schizlife.