For many people religion is one way that we understand the world and give meaning to our lives and certainly people with schizophrenia are no different. Religion and spirituality often play an important part in many people’s experiences of schizophrenia. For some sufferers religious delusions or intense religiously-based irrational thinking may be a component of their symptoms, for instance they may believe that they have been sent by God to become a great prophet. However for other people religion and spirituality play an important role in their recovery process. They may find that their spiritual beliefs and practices help them to make sense of the world in a way that they could not when they were suffering from psychotic delusions and that membership of a supportive faith community provides vital fellowship when faced by the everyday problems of living with a serious mental health condition.

In this information sheet Rob Foster, a practicing Christian, gives his take on how his faith helped him interpret and live with his mental health condition. In our related information sheets other writers give their own accounts of how their spiritual and religious beliefs have helped them from the point of view of other religious and spiritual traditions.

Why is spirituality important?

It is a modern definition of our status as higher beings that humans are intellectual and emotional beings who seek a harmonious balance between the two however, most humans tend to be dominated by either quality. Although this is true, some humans have achieved cognitive control over these using the traditional third characteristic of humanity: that is that we are also spiritual beings. Spirituality can be embraced as an underpinning belief system that provides the cognitive power to unite and control both intellectual processes and the resultant emotional response and general mood.

How does schizophrenia affect us? 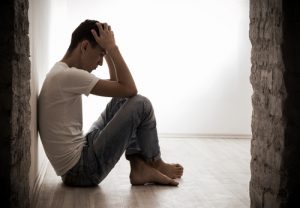 Schizophrenia is a multi lateral condition as it has different types of symptoms. (Image: Images.etc on Shutterstock)

Although the exact physical causes of schizophrenia are not yet fully understood, the categories of symptoms are well established. Schizophrenia is a ‘multi lateral’ condition as it has three distinct categories of symptoms, namely positive, negative and cognitive. The positive symptoms include the psychotic symptoms such as paranoid delusions, hallucinations, hearing voices etc. The negative are an absence of basic and complex emotions, urges or feelings such as an inability to experience pleasure, lack of motivation, lack of speech, absence of desire or arousal. The cognitive impairment associated with schizophrenia is less well known and includes dementia, poor working memory, impaired analytical and interpretive ability regarding new information with inability to then use it and attention deficit.
If we go back to the definition of the nature of human beings as emotional and intellectual beings, schizophrenia breaks down both these aspects of human existence and consciousness. The positive and cognitive symptoms deconstruct or impair intellect, higher reasoning, sensory data including the quality, reliability and function of memories and the negative symptoms destroy the emotional aspect of being human. Thus schizophrenia can attack our very perception of being human.
This is where the third and illusive aspect of human existence and consciousness can not only restore a person with schizophrenia’s reputation as a human and higher being but actually allow them to transcend those without mental illness who confine themselves to intellect and emotion either in conflict or with one aspect dominant over the other. This not only limits imagination but also the perception of themselves and reality. 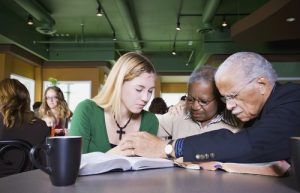 Spirituality can include faith in a particular religion, the ability to feel or perceive a God like presence in one’s daily life or the emanations from such an entity, a feeling of oneness with the universe, an altered perception of time, loss of self-consciousness replaced with self-reflection, a perception of reality and ones self within it can be altered. There is a commonality between the outcome of religious or spiritual practices such as prayer or meditation as both states can achieve this overall spirituality and greater cognitive power and are thus able to improve control over emotions, mood, imagination, instinctive feelings and rational judgement.

This means that this overall sense of faith or spirituality appears to be the emergent property of many functions in the brain. This state allows certain emotional states to become almost instinctive, usually an achievement of an enlightened state of joy and peace that can simply not be generated by standard intellectual or emotional stimulation and range. This then creates a positive feedback loop not only stimulating profoundly optimistic cognitive processes and outcomes which then reinforce not just this almost enlightened mood but also one’s faith or spiritual philosophy thus empowering further the conscious cognitive ability to contemplate God or the universe and switch on or turn up areas of the brain involved in the perceptual and interpretive functions along with the emotional centres.

So spirituality can function as both a foundation upon which every thought, feeling and action is based and an emergent property of the perfect harmonious unity of thought and feeling that cycle in ever increasing circles in perpetual motion.

How does Christian faith help in recovery? 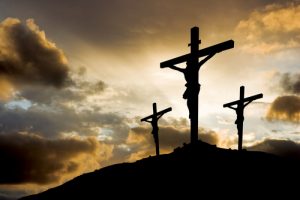 A strong Christian faith has helped many make sense of their schizophrenia. (Image: Welburnstuart on Shutterstock)

To a Christian, faith in God’s love and infinite goodness is the foundation of their beliefs and practices and it is this strength of faith that is the key to recovery in schizophrenia. All people with schizophrenia will be familiar with the positive symptoms including voices, hallucinations and paranoid delusions. Using faith in God’s love and goodness can help break the cycle of symptoms: thought then feeling. As a Christian, holding on to the faith that no matter what you see, hear or think, on the basis of God’s love and goodness means everything will ultimately result in a happy conclusion. Let this notion dominate every thought process and intercept every faulty signal in the brain with this burning faith and the resultant emotional response will be a warm positive feedback.

This is almost a form of personal cognitive behavioural therapy and eventually this becomes the brain’s learned response. Fear subsides and no longer drives thought and imagination, instead a happy optimism influences thought and becomes the normal automatic response. This allows strength of will and even confidence to return and this can signal the start of a good sturdy recovery. Christians should always remember that to the darkness, Jesus came as the light to free us from sin and death with signs of faith and words of hope, He touched untouchables with love and washed the guilty clean. 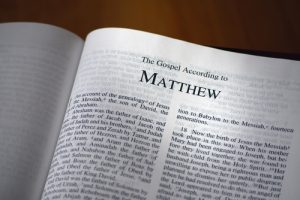 Study of the gospels is important to spiritual development. (Image: Vibe Images on Shutterstock)

This whole process is strengthened and fuelled by study of the Gospels. Start with Mark’s Gospel and read His words daily. Pray and have faith always to trust in God and know Him through knowing Christ. Remember, the key to enabling your sustained recovery is faith, faith what you know of God through Christ, faith in prayer and faith in the scriptures.

This form of “self CBT” using faith untangles and dismantles the faulty paranoid circuitry that forms the basis and delusion. In addition the positive symptoms diminish as we no longer allow them to drive our emotional and behavioural responses.

What does our understanding of the brain science tell us about spirituality? 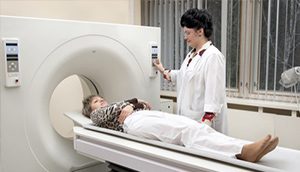 It has been observed using brain imaging techniques that the activity in certain areas of the brain in spiritual or religious states is much more active than normal. In particular the frontal lobe during prayer shows much more activity than usual and there is a resultant activation of other areas of the brain in unison in a way which does not usually occur through other means.

Secondly, activity in areas of the brain such as the thalamus, which is involved with perceptions of reality, is increased. The sustained moods or these heightened instinctive emotional states that form part of the essence of spirituality such as peace, joy and universal love can be explained by the concept of neuroplasticity. This is the way in which brain cells make new connections in response to new information and stimuli. It can be the way in which the brain can repair itself by learning new ways of thinking about things when faced with adverse conditions.

When certain pathways in the brain are regularly and intensely used and activated, the brain creates a permanent circuit. These circuits or pathways are able to link thought, belief, judgement and emotional response thus enabling spiritual concepts like absolute faith, feeling God’s love, the deconstruction of internal self versus external reality replaced by that feeling of oneness with the universe or the constant inner warmth of positive feedback from adhering to a set of values.

So it can be seen that faith in something greater than man unlocks or activates God- given functions within all of us to achieve a higher state so we may truly hear the word to God, feel His love as though it were tangible and perceived on some energetic level that resonates our energy so we become beacons of faith and love.
To know without doubt that no matter what happens the ultimate goal is goodness through boundless love and in it mercy, and this is the only thing in life we should trust absolutely. The resultant spiritual highs go beyond anything our intellect or normal emotional range can generate. Faith truly allows a new level of being and a sustained recovery and it converts an often terrified, asocial and self-perceived invalid into a peaceful, joyous human created in the image of God, brimming with Christian values towards others and the situations they face in their own lives. The final point; faith brings order out of chaos.

Our thanks to Rob Foster for writing this piece.