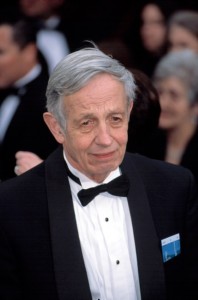 John Nash was one of the greatest thinkers in mathematics of the 20th Century. And, thanks to his biography: A Beautiful Mind, and the award-winning film of the same name he was also one of the best-known people with schizophrenia of the same period.

John Forbes Nash Junior was born in the city of Bluefield, West Virginia, USA on June 13th 1928, the eldest child of John Forbes Nash Senior, an electrical engineer with the local power company and Margaret Virginia Nash (nee Martin). The Nash’s were conservative, republican and upwardly mobile and benefited from John Nash Senior’s secure employment during the depression of the 1930’s.

John Nash Junior’s early upbringing was stable, like the community he grew up in. Sylvia Nasar, Nash’s biographer describes him as being bright and curious but no prodigy. It is true that at school the social awkwardness and immaturity that was, in later life, to become one of his hallmarks became apparent but he was a clever student and benefited tremendously from the additional tutoring provided at home by both his parents.

Although socially awkward, Nash wasn’t isolated during his adolescence. He did have a circle of close friends from his area and became known as a prankster. At one stage he and his friends began experimenting with making bombs using home-made gunpowder and other explosives. Sadly this escapade ended in tragedy when one of his friends blew himself up. At around 13 Nash had his first brush with serious mathematics when he read E.T. Bell’s book, Men of Mathematics. This work was to sow the seeds of a fertile and creative career.

After school Nash won a scholarship to the Carnegie Institute of Technology where he first studied chemical engineering, later moving to chemistry and then to mathematics as he struggled with both technical drawing and laboratory work. He was quickly singled out for his skills in mathematics and one of his professors described him as a mathematics genius in his recommendation to Princeton University.

In 1948 Nash began his studies at Princeton University, New Jersey, USA where he was to do most of his pioneering work in mathematics including the development of his Nash Equilibrium and his contributions to game theory. It was here at Princeton that Nash was to win his doctorate with his work on non-cooperative games, work which was later to win him the Nobel Prize. After Princeton Nash went to work for the secretive RAND corporation: a military think-tank based in California.

Later, around 1958, while teaching at Massachusetts Institute of Technology the first signs of Nash’s illness were to become apparent. He would disappear without warning sometimes for days on end and on return would offer no explanation for his absence, he would go off into long reveries in the midst of his lectures, he would make seemingly meaningless statements to colleagues and students and significantly he became increasingly paranoid for instance not allowing visitors to his office to stand between him and the door and believing that he was being followed all the time.

Although Nash continued to work into 1959 his behaviour and conversations became increasingly disturbed. By the spring his wife, Alicia had decided to consult a psychiatrist (who was more concerned in her upbringing and sex life than in Nash’s symptoms) and it was soon acknowledged by his colleagues that he was suffering from what was widely described as a “nervous breakdown”.

Colleagues and students alike began to speculate on whether Alicia Nash would have her husband committed to a psychiatric hospital. In fact in the end it was the staff at the University who arranged for this and Nash was admitted to the McLean Hospital part of the Harvard Medical School which had in the past been the retreat of many well-heeled sufferers of mental ill health including the poet and author Sylvia Plath and the musician Ray Charles.

At first Nash was offered a voluntary stay at the hospital but, convinced that he had important work to do as the leader of a world movement for peace that only he knew existed, he declined and was promptly involuntarily detained for observation. A few days later he was visited by his mother, Virginia who became very distraught at seeing his disturbed mental state.

The psychiatrists treating Nash came to an early conclusion and gave him a diagnosis of paranoid schizophrenia based on his very complex system of delusions which were both grandiose and persecutory. As was the habit at the time the doctors tried to ascribe a cause to his illness based on his earlier life: was it the pressure of his work or his new fatherhood which had precipitated the illness? His psychoanalyst, using a Freudian approach, even postulated that it was all due to latent homosexuality.

Nash arrived in the lap of the psychiatrist at a time when the treatment of schizophrenia was in a state of considerable flux. The old treatments such as insulin shock, electric shock and psychoanalysis were still very popular but there was also great hope being placed in a new family of drugs called antipsychotics which, early trials had demonstrated, could help to relieve the hallucinations and delusions experienced by people with paranoid schizophrenia. In due course Nash was started on Thorazine also known as chlorpromazine which was the very first of these new pioneering medicines for the mind.

Nash did quite well on the chlorpromazine and began to show clear improvement after only a short time. He hired a lawyer to petition for his discharge and with the support of his wife and agreeing to outpatient treatment he was duly allowed to go home after some 50 days of confinement.

However, this was not the last visit to the mental hospital for Nash. The following 20 years or so of Nash’s life were characterised by repeated admissions to hospital interspersed by periods of varying degrees of mental health and ill health. As is so common in schizophrenia during this time he often lived in a world of his own that was strange to those around him but perfectly logical and ordinary to himself.

Nash became known as the Phantom of Fine Hall because of the way he would prowl the college halls at all hours scribing intricate and arcane formulae on blackboards. But the academic community at Princeton were very supportive and employment was often found for Nash at the times that he was able to work. His illness during this period did not prevent him contributing some very original and highly skilled work.

During one episode of ill health Nash travelled around Europe trying to convince various European governments to grant him refugee status (he even managed a trip across the Iron Curtain to East Germany which greatly alarmed the US government given the sensitive work he had earlier been concerned with whilst at the RAND corporation. He spent time obsessively analysing passages from the bible and finding relevance to his own life. He analysed patterns of number systems such as the Kǒchel numbers used to catalogue Mozart symphonies to find patterns which he could relate to his life. His relationship with his wife and child was often strained during this time and he spent long periods apart from them.

For their part, the doctors tried the old treatments such as insulin shock along with the newer ones like antipsychotic medicines. This was a period when the first generation of antipsychotics was being developed at a fast pace and several new drugs such as Stelazine (trifluoperazine) became available to Nash.

One of the enduring characteristics of schizophrenia is that, should the sufferer survive the greatly increased risk of death by suicide or accident, then, with age, the condition does indeed appear to improve. The sufferer learns to accommodate their psychotic thoughts and live a better-ordered life around them. Many sufferers also, over time, begin to question their delusions and trick their hallucinations and so develop that mystical quality that psychiatrists call “insight” which is key to a successful recovery. Nash began to intellectually interrogate his delusions demanding that they justify themselves. In this way he was able to discern over time that the delusions did not represent reality and could be allocated to a part of his mind that did not require urgent attention. In the end he concluded that his delusional thinking was “essentially a hopeless waste of intellectual effort”.

One would not expect a great thinker of the calibre of Nash to have straightforward relationships in his life and so it was. In 1952, whilst being treated for varicose veins in hospital he met Eleanor Stier by whom he later had a child called David. Nash left Eleanor when he became aware of the baby and it was many years before they were reconciled. A little later Nash met Alicia Lardé Lopez-Harrison, a naturalised US citizen, who he was to marry in 1957. The two subsequently divorced but remained close and later remarried. They then remained together until their deaths in 2015.

Nash may also have had fleeting homosexual relationships during his life and was in 1954, whilst in his twenties, arrested for indecency with another man in a public lavatory. Attitudes to homosexuality were far less enlightened in the USA of the 1950’s and this resulted in him losing his security clearance at the RAND Corporation and ultimately his job there.

During his life Nash was the recipient of many awards for his work in mathematics including the prestigious John Von Neumann Theory Prize in mathematics but perhaps he will be best remembered for the Nobel Memorial Prize in Economic Sciences which he was awarded in 1994.

If Nash’s life was one full of surprises the manner of his death came as a great shock to all. On 23rd May 2015, following a visit to Norway where he was awarded the Abel Prize, Nash and Alicia were being driven in a taxi along the New Jersey Turnpike when the driver lost control and collided with a crash barrier. Neither wearing a seat belt, the couple were thrown out of the vehicle and killed. Their deaths came as an enormous shock equally to all those working in the field of mental health as to those in academia. John Forbes Nash Junior was 86 at the time of his death.

For people suffering with schizophrenia and those close to them, John Nash’s story provides us with great hope. To acknowledge that in some cases at least of this bizarre illness which is so often cruel and destructive, the sufferer may, over time and with skilled professional help and the patience and care of their loved-ones learn to live a fulfilling life once again. Stories such as those of John Nash show us that although life with schizophrenia can never be easy it may be possible to win, in the end, a kind of victory. To achieve a life story; a narrative, that speaks of hope and achievement rather than of despair.