Treatments for Paranoia in Schizophrenia

Many people with schizophrenia experience paranoid delusions in which they suffer from unjustified suspicions and believe that they are being spied on and persecuted by those around them. These beliefs will be rigidly held and often extremely intense causing great suffering and disruption to the persons normal life. For more about paranoia visit our information sheet on Understanding Paranoia.

In treating paranoid delusions in schizophrenia it is first vitally important that the correct diagnosis has been made and that other conditions that may give rise to paranoid delusions such as personality disorders, post traumatic stress disorder and depression have been excluded. This can only be done in the UK by a consultant psychiatrist: GPs are not usually qualified to do so. 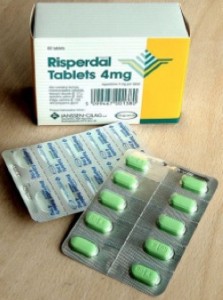 Modern atypical antipsychotic medicines for schizophrenia like risperidone are the mainstay of treatment for paranoia. (Image: Wikimedia Commons)

Using one of the antipsychotic medications widely available in the UK is still the mainstay of treatment in the NHS. The efficacy of these drugs in treating the positive symptoms of schizophrenia such as delusions and hallucinations is well established. About 70% of those people taking them will experience an improvement in their symptoms: some more so than others. And for some people the symptoms will disappear completely. Some improvement in symptoms should be seen after a few weeks: if this doesn’t happen then the doctor may increase the dose or change to a different antipsychotic.

These medicines also help to prevent future relapses although this can’t be guaranteed. Exactly how these drugs work is not well understood: we simply don’t yet know. For more information about antipsychotics visit our information sheets on Modern Treatments and Coping with Side Effects.

Of the typical antipsychotics Pimozide (Orax) has been found to be useful for paranoid delusions whereas of the atypicals, Risperidone and Clozapine have had good results.7

One of the problems that people with paranoid delusions have around the taking of antipsychotic medication is that they may begin to focus their paranoid ideas on the medication. For instance in the case of a person who believes that they are being poisoned by their family they may become convinced that the medication is also a poison. This is a very difficult situation and one for which the only option may be compulsory medication given by injection in hospital or by the community psychiatric nurse (CPN). 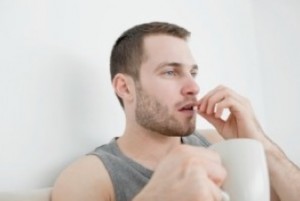 In general people with schizophrenia are no worse at taking their medication than people with other long term health conditions (Image: wavebreakmedia/Shutterstock)

However, we should not become overly concerned with this problem. People with schizophrenia are, by and large, no worse at taking their medication than people with other chronic health problems such as diabetes or high blood pressure despite some alarmist reporting in the media.10

Although we still don’t know exactly how these drugs affect the brain, the ways that they affect thinking is better understood. One of the first effects that people with schizophrenia will notice when starting on an antipsychotic is a reduction in their anxiety levels. This is because most of the antipsychotics also have a tranquillising effect.

Next there will be a marked change in the way the person perceives their delusional thoughts in that, although they will continue to experience deluded thinking, they will no longer feel such an intense compulsion to engage with it. This enables a return to some more normal activities such as looking after themselves better and in turn further reduces anxiety. It is the beginning of a virtuous circle towards recovery.5

However these drugs have another and more profound effect: they reduce the perception that the person is not in control of their own thinking. This perception that they no longer control their own thoughts is one of the most difficult aspects of daily living for the person with schizophrenia. The belief that we control our own thoughts is fundamental to the maintenance of our self esteem and schizophrenia strips us of this. To regain control over our thinking is often the first step in regaining control over the rest of our lives.5

Paranoia causes anxiety in people with schizophrenia to levels that will rarely be experienced by others (think about the levels of fear experienced in combat and you get close to understanding anxiety in schizophrenia).5 So anything that can help control anxiety is helpful generally and the doctors have available to them a range of anxiety-reducing medicines also called anxiolitics.

Benzodiazepines such as Diazepam (Vallium) and Lorezapam (Ativan) are anxiolitics often prescribed in combination with antipsychotics to try to reduce anxiety and agitation and to help with sleep. There is some but modest evidence as to their effectiveness and in any case they are addictive so have to be used with great caution.6 In the past doctors have been accused of over-prescribing these drugs and so are very careful with them nowadays.

There are other anxiolitics available such as Flupenthixol (Fluanxol) which is also an antipsychotic and Pregabelin which may be preferred by the doctors as they are not addictive.

There is also a school of thought that, where paranoia is leading to an extremely agitated state, perhaps in the opening stages of a relapse, use of benzodiazepines in the short term will have a beneficial calming action whilst waiting for the antipsychotic to take effect.11 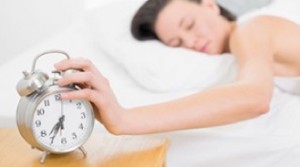 Many people with schizophrenia have problems with their sleep patterns but the importance of sleeping well cannot be overstated. (Image: lightwavemedia/Shutterstock)

The importance of good sleep for people with schizophrenia cannot be overstated. Sleep problems are pretty widespread in schizophrenia and insomnia tends to predict new episodes of paranoia. Any medication that can help the person establish a decent sleep regime has to be welcomed and it has often been observed that taking a low dose of an anxiolitic such as Diazepam early in the evening can help relaxation and improve sleep later in the night.

In most cases CBT practitioners do not claim that the therapy will actually reduce delusions but that the emphasis is on helping patients to cope with the delusions. However, some studies have found that persecutory delusions can actually be reduced by the use of cognitive behavioural therapy. For instance a study carried out by Daniel Freeman and colleagues at Oxford University, focussing on reducing worry, that looked at a group of 150 people with persecutory paranoid delusions found a significant reduction in both delusions and suicide attempts.1

Some very promising work has also been done on the efficacy of using CBT to help with sleep problems in schizophrenia.2

In the UK treatment guidelines for illness are compiled by the National Institute for Health and Care Excellence (NICE) and the current guidelines for the treatment of schizophrenia are that CBT should be provided by the NHS for all those experiencing a first or subsequent episode of schizophrenia.4 However the resources to make this freely available for all has never really followed on from this policy and although CBT may, in theory be available in most areas of the UK it is usually accompanied by long waiting lists of a year or more.

The use of CBT to address paranoia has not been without its critics however some of whom believe that it does nothing to help people with schizophrenia understand the differences between their delusional thinking and the very rational and justifiable suspicions that we all of us experience in everyday life and which can often be protective. For instance in the case of patients from black and minority ethnic communities the use of CBT may serve to mask or confuse the very real discrimination that such people actually do face from day-to-day in our society. There is now some evidence that meditation can be helpful in schizophrenia for people with paranoia. (Image: Steiner Wolfgang on Shutterstock)

Mindfulness is a form of meditation practice whose theories have proliferated in recent years and practitioners have advocated its efficacy for a wide range of mental health problems. It is now widely available in most areas of the UK although not usually on the NHS.

It should be noted that mindfulness will not reduce the amount of paranoid thinking but will simply change the way the person reacts to it and thus make it less disabling. Bear in mind that existing research data is not large and most studies are based on small numbers of participants but clearly this is a promising area and one in which more research is needed.3 It should also be noted that some studies have found that mindfulness therapy may promote the problem of false memory in people with paranoia and where this is the case the therapy should not be continued. 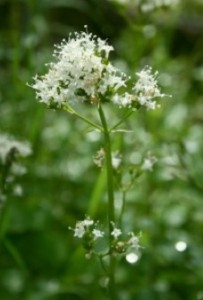 Herbal remedies like Valerian have traditionally been used as a remedy for sleep problems but there is a real lack of hard evidence about its use in schizophrenia. (Image: Franz Xaver on Wikimedia Commons)

The importance of treating anxiety associated with paranoid thinking has already been emphasised and there are many claims for the efficacy of some herbal remedies in treating anxiety. With the growth in the internet interest in herbal remedies has been stimulated. Valerian was traditionally used to treat anxiety in the UK and Kava has been advocated in the US. Whatever effect herbal remedies may have in other conditions, as far as schizophrenia is concerned there is no hard research evidence as to their effectiveness. Nor is there any clear and unambiguous guidance as to their use in terms of dosages, side effects etc. (Kava for instance has been known to have serious and sometimes fatal side effects). It is erroneous to think that simply because a product is natural it is therefore less harmful than a drug produced in a laboratory.

People with schizophrenia who are interested in this aspect of treatment should first consult a qualified herbalist and their own doctor before embarking on any course of herbal treatments.

One of the most difficult aspects of paranoid thinking is that it can sometimes lead to dangerous behaviour by the person with schizophrenia. Sometimes the person will lash out at those they believe are responsible for the terror that they are experiencing or sometimes they may try to kill themselves to escape from the terror. A small proportion of people with schizophrenia will exhibit violent behaviour (between 10% and 23%)8 or threats of violence and about 10% of people with schizophrenia will die by their own hand within ten years of their diagnosis. Paranoid delusions are often the cause of such dangerousness. 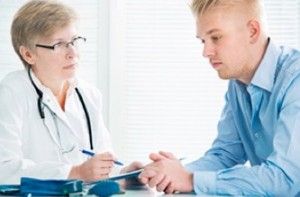 For people who become acutely ill with paranoia a stay in hospital may be necessary. (Image: Alexander Raths/Shutterstock)

For this reason it is often the case that someone experiencing severe paranoid thinking and who has little insight into their condition may be taken into hospital so that they can be treated before their condition deteriorates. In most cases this is voluntary but sometimes compulsory admission may be necessary using the powers of the 1983 Mental Health Act in a process known as “sectioning”.