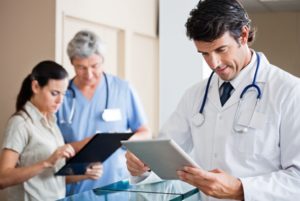 For people suffering from serious mental health conditions like schizophrenia and receiving care by the British National Health Service one of the biggest frustrations is often the length of time it takes to get to see a doctor both at the level of the general practitioners locally and at the specialist level like psychiatrists and therapists.  The numbers of doctors working within the NHS is a key factor here.  So why should there be a shortage of doctors in the NHS which is after all a publicly funded institution?  Well, a large part of the reason is that the government restricts the numbers of doctors that our British medical schools can train each year.  Medicine is one of a small number of courses which are heavily subsidised by the government and consequently a limit or cap is placed on the medical schools.  According to the BBC, this year the medical schools are allowed to train just 7,500 new doctors for the entire NHS.

As a consequence of this policy, traditionally the NHS has placed a heavy reliance on recruiting doctors from abroad including from the developing world.

In addition to the pressing need for more doctors now we also have to be acutely aware that our population in the UK is both growing and aging and we need to train more doctors to serve the ever-growing demand.  Doctors organisations such as the Royal College of General Practitioners, which represents about one third of the doctors working in the UK, have already called on the government to raise the cap on the medical schools.

Of course, if our own medical schools are to be subsidised then there must be close management of the spend.  The public expects their tax pounds to be well managed after all.  But Living with Schizophrenia calls for the cap to be raised so that we can train more doctors here and help to alleviate the shortage.   After all this has been done before.  In 2021 the government raised the cap to allow the training of about 9,000 medical students.  However, this on its own will not be enough.  Medicine is a very practical subject and in addition to training more students the NHS will also need to increase the numbers of clinical training placements available within the NHS to the newcomers so that they can gain their practical skills as well.

We should not look on the shortage of doctors as an intractable problem that no one can solve.  It is within the government’s power to train more doctors and we need to start doing so now before it is too late.

Extra places on medical and dentistry courses for 2021, Department for Health and Social care press release viewed 16/08/2022 at https://www.gov.uk/government/news/extra-places-on-medical-and-dentistry-courses-for-2021.

Top universities demand cash to cope with influx of students and call for medical studies cap to be lifted, Daily Mail viewed 16/08/2022 at https://www.dailymail.co.uk/news/article-8642031/Calls-lift-cap-number-medical-students-UK.html

Record number of doctors and nurses working in the NHS in England, Department of Health and Social Care, 3/06/2021 viewed on line 7/11/2022 at https://www.gov.uk/government/news/record-number-of-doctors-and-nurses-working-in-the-nhs-in-england.