BBC Wake Up Call on Mental Health in the UK 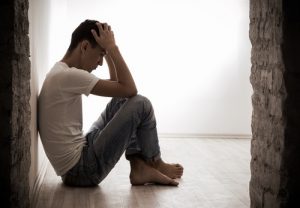 The BBC Panorama current affairs programme broadcast in February highlighted the crisis facing the Mental Health Service in the UK due to under-resourcing. With mental health beds being cut by almost a half since 2000 the number of deaths due to suicide, violence and neglect by people with serious mental illness has been rising alarmingly. And alongside this goes the problem of people with mental ill health living rough on the streets and being confined in the prison system.

This is a problem that Living with Schizophrenia has been drawing attention to for several years. Whilst the underlying justification for treating people with serious mental ill health in their own homes endures, we know from over a hundred years of study of schizophrenia, that there will sadly be times when people with this cruel condition are in crisis and their behaviour will become disturbed and sometimes dangerous. In fact this year over 1,000 people with schizophrenia will die by their own hand in the UK. It is essential that mental health services are designed to adequately and humanely cope with this issue.

Living with Schizophrenia calls on the politicians and leaders of the NHS to ensure that their pledges to properly fund mental health are kept and that the cuts in acute care are reversed. The quality of care for those in crisis due to mental illness is a true mark of a just and humane society and it is an area in which we in the UK are falling well short.