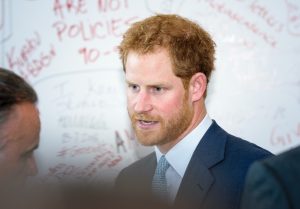 Over recent weeks we have seen several surprise interventions in the mental health field with famous people speaking out about their own mental health. This was of course most notable last week when Prince Harry spoke about his struggles following the death of his mother.

Mental health charity Mind described his decision to speak out as “a true turning point” but we would question this. Whilst Harry’s comments may have been useful, a turning point they most definitely were not.

Removing the stigma around mental illness is important, but it does very little to make life better for sufferers whilst we are, at the same time, forcing through swingeing, year-on-year cuts in mental health services. Over the last 15 years the Mental Health Service in the UK has lost almost a quarter of its acute beds. Will people with schizophrenia really benefit much from reduced stigma when it still takes them six weeks to get an appointment to see a psychiatrist and almost a year to get an appointment for talking therapy?

Let us not delude ourselves that we are entering some golden age when all will be well in the mental health field because celebs are more willing to talk about their problems. Until we have restored the cuts made in mental health care and until government is willing to give the Mental Health Service the resources it needs and deserves, people with schizophrenia will still face unacceptable levels of suffering.

Over a thousand people with schizophrenia will die by their own hand in the UK this year. They do not die because of stigma but because they do not have access to the high quality care that is taken for granted in every other field of health. Our society would do better concentrating on improving standards of care for people with mental illness first: that is how we can save lives and improve the mental wellbeing for the quarter of a million British citizens who are living with schizophrenia.