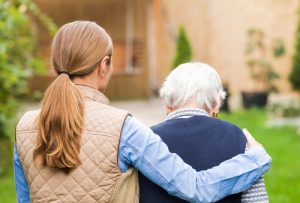 Media coverage of schizophrenia, whether sympathetic or hostile, often tends to focus on sufferers. Yet a considerable amount of the burden of an episode of schizophrenia also falls on the relatives and carers who are often overlooked by the press reports.

The problems that carers and relatives face has recently been studied by the Hong Kong Shue Yan University and reported in the local free news website, The Standard.

Amongst the alarming findings the authors reported that around 80% of carers of people with schizophrenia often feel depressed, that 50% reported reduced contact with the outside world because of their caring responsibilities, that 18% had had to quit their jobs or go onto part-time work and that in 5% of case the carer’s role had led to a break down in a relationship.

Carers cited patient’s refusal to see the doctor or take their medication as frequent sources of conflict which could be highly stressful for them.

From our mailbag here at Living with Schizophrenia we know that this problem is not confined to Hong Kong and that carers of people with schizophrenia all over the world carry an enormous weight on their shoulders and are often overlooked by services provided by both the government at national and local level and the voluntary providers. This must change.

We must start to look after those close to the sufferer and to recognise that an episode of schizophrenia often creates many victims. We must acknowledge the struggle of carers and relatives and provide services matched to their needs as well. Perhaps the first step could be a greater use of long lasting depot injections for giving antipsychotic medication. Although this method is considerably more expensive than tablets it is also far more effective and provides both sufferer and carers with much-needed relief from the hallucinations and delusions.

Wherever the answer may lie it is clear that we must do more to help relatives and carers of people with schizophrenia.