People With Schizophrenia Are Dying Too Early 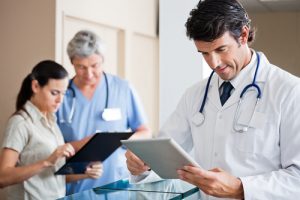 A new study published in the US has revealed that the poor life expectancy of people with schizophrenia is getting worse. Although it has been known for some time that people living with schizophrenia will die earlier that the general population this study has shown that the “longevity gap” is not getting better but is continuing to widen.

The study was carried out at the University of California, San Diego and reported on line by Medscape News in September. The report author, Dr Dilip Jeste said “People with schizophrenia mostly die from physical illnesses such as heart disease, cancer, stroke or chronic obstructive pulmonary disease ……. Things that usually kill people in their 70s 80s and 90s will kill people with schizophrenia when they are still in their 40s, 50s and 60s”.

Although this study was carried out in the US it reviewed previous studies done in both the US and Western Europe and confirms what doctors in the UK have known for many years: that even allowing for the high suicide rate, people living with schizophrenia will die earlier than their counterparts in the general population.

The current guidelines issued by the National Institute for Health and Care Excellence, the UK body which establishes standards of care in the UK, requires doctors to provide regular monitoring of physical health and referral to support services such as smoking cessation. However in practice provision of this monitoring has been very patchy and in areas where it has been provided take up by patients with schizophrenia has sometimes been disappointing.

Physical health is another example of the way in which the appallingly high death toll of this cruel condition remains one of the largely unmet public health issues of our day. It is time for doctors and politicians alike to wake up and start to take notice of this nationally significant issue.