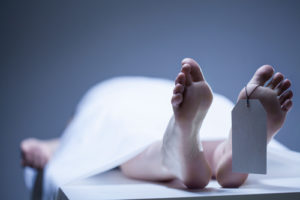 November was men’s health month and much attention on social media was given to men’s health issues like cancer and suicide. In September we also saw the publication by the UK Office for National Statistics of the suicide figures for 2017 which showed a modest but very welcome drop in the death toll. Suicide is predominantly a male issue with around 80% of all suicides in the UK being men. Suicide in schizophrenia is a particularly tragic issue. Around 10% of people with schizophrenia will die by their own hand within ten years of diagnosis and a further 15% will attempt suicide unsuccessfully.

And the link between suicide and men is also part of the picture in schizophrenia. We now know that men with schizophrenia will tend to experience more severe symptoms than their female counterparts, will respond less well to medication and will be more prone to dangerous behaviours like suicide.

Much of the publicity around suicide has encouraged people to open up more, to talk to their friends and to try to elicit help from them when they are in crisis. However for people with schizophrenia what is key is not just about opening up more it is about getting ready access to the high quality psychiatric care that they need and this is often not happening. Responding to the latest suicide statistics Lucy Shonegevel at Rethink one of the largest UK mental health charities said:

“we at Rethink Mental Illness are hearing from people who can’t access the care and support they desperately need when they do seek it.”

If we are to be able to combat the issue of suicide in schizophrenia we must provide better access to psychiatric care and doctors and nurses working at family doctor’s practices and in the emergency departments of our hospitals must be better trained to watch out for the signs that a person with schizophrenia is approaching a crisis. Our mental health professionals also need to accept that early intervention in psychosis is the way to prevent tragedy and end the culture of “wait-and-see” that so many people with schizophrenia encounter when they seek help from the Mental Health Service.

Source: Suicides in the UK: 2017 Registrations. ONS, Viewed 5/12/18 at https://www.ons.gov.uk/peoplepopulationandcommunity