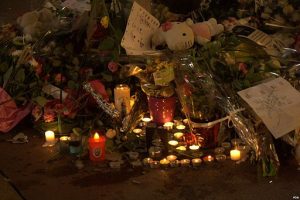 Image: Voice of America in the public domain

Although most of the media and politicians have been quick to ascribe political and religious motivation to recent attacks in Europe and elsewhere, there is in fact emerging a very disturbing pattern that suggests that some at least of those events may be more closely related to serious mental ill health rather than to religion or politics.

In recent attacks in France, the UK and Canada reported in the news media the attackers have had a history of mental illness in around 40% of the cases.
In the UK, Thomas Mair the man who attacked and killed Labour MP Jo Scott also had a history of serious mental illness for which he had had treatment from the mental health services and had received both medication and talking therapies.

Sadly the Mental Health Service has traditionally been the poor relation in the NHS and the picture in other countries is much the same: acute beds and particularly secure beds for people in crisis have been cut and the additional resources needed to treat people in the community have simply not been made available. The result of this is more people with schizophrenia being confined in our prisons rather than in hospital where they belong and more living rough on the streets. A situation that is as ineffective as it is inhumane.

If we are to reduce these attacks it is vital that we challenge the climate of denial around dangerousness that currently exists in the mental health field and the media and accept that sometimes people with schizophrenia will behave dangerously and that at such times it is our responsibility to provide them with the effective and compassionate care that they need and which is their right as citizens of our society.

(Image: Voice of America in the public domain)