Why do we throw people with schizophrenia into prison? 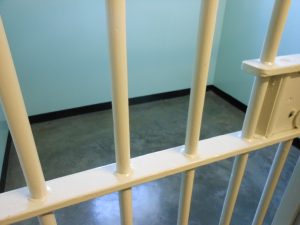 Figures released recently by the Prison Reform Trust reveal that around 15% of men and 25% of women confined in the UK prison system are suffering from psychosis. This amounts to around 5% of the schizophrenic population of the UK. So why is it that more than 100 years after the Victorians decided to stop putting people with mental illness into prison we appear to be turning the clock back? Why, in over 12,000 cases each year do we decide that the best available option for a seriously ill person is to confine them in a punitive system where they can be preyed upon by murderers and rapists?

The loss of inpatient beds in the Mental Health Service is certainly part of the picture. The Mental Health Service in the UK has lost around a quarter of its in-patient beds since 2000. This has partly been the result of spending cuts but it has also been fuelled by influential and vociferous lobby groups who campaign against psychiatric intervention and argue that mental health treatments are worse than the illness.

Another factor is that far too many people working in the mental health field are reluctant to discuss dangerous behaviour for fear of helping to fuel stigma against people with mental illness. This thinking is deeply flawed: what is needed here is an honest and transparent discussion about the problem of disturbed behaviour in schizophrenia.

All of these factors contribute to a system where disturbed behaviour is often allowed to go untreated and the criminal justice system is instead seen as the most appropriate option. But why do we think this way? Disturbed and dangerous behaviour is a feature of many health conditions from diabetes and autism to head injury and Alzheimers’ yet we would not suggest sending those groups to prison.

By confining so many people with serious mental illness in prison instead of in hospital where they belong we are setting the clock back 100 years. Access to health care should not be a privilege: it is a right and in a civilised society we owe it to people with schizophrenia, who are amongst the most vulnerable in our society, to see that they have access to high quality health care within the health system. And their challenging behaviour should be no greater an impediment to this than it is for any other group.