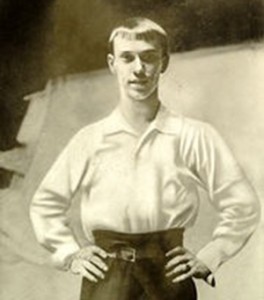 Last month saw the anniversary of the passing of the world’s greatest ballet dancer and choreographer, Nijinsky. It was also sad that despite a meteoric early career he was, during his early life, struck down by the serious mental illness that we now know of as schizophrenia and which prevented him from fulfilling his true potential.

Vaslav Nijinsky was born in St Petersburg, the son of two Polish dancers and studied dance at the Imperial Ballet School where his skills were soon evident. By the age of 18 he was already dancing with the likes of Anna Pavlova at the Maryinsky Theatre. Later he joined the Ballet Ruse, a new company formed by Russian impresario Sergei Diagelev in Paris where he danced for much of the remainder of his career and became famous the world over as the foremost male dancer of his age.

By 1917 the first signs of the mental storms that were to end his career were beginning to show through and in 1919 Nijinsky was diagnosed with the newly-described condition called schizophrenia and committed to an asylum. In the absence of any effective treatments, over the next 30 years or so he was to suffer repeated episodes of his illness and was confined on a number of occasions. Despite treatment by the foremost psychiatrists of the time he never danced professionally again.

It is a tragedy that this great dancer, who many described during his short career as the eighth wonder of the world, died before the development of the new antipsychotic medicines that today enable so many people with schizophrenia to live fulfilling lives.

As Peter Ostwald, his biographer said of him: “he was the inventor of male dancing in our time. Without him there would have been no Lifar, no Dolin, no Eglevsky, no Nureyev, no Baryshnikov: none of the magnificent men who followed in his footsteps and enriched our lives.”